LOS ANGELES — We are a mere hours away from the start of the 2014 NFL Draft, which kicks off Thursday night in primetime from Radio City Music Hall. As customary, rumors are flying across Twittersphere about trades and big names dropping, and teams are sending up smokescreens about who they’re interested in. But here at The Chris Brockman Website we’re not in the deception game, so we’re sticking to our word to complete our Mock Draft picks 32 to 1 as is. In case you need a refresher, here’s who our Draft Guru Shawn Bradley had slated for picks 11-32.

10.) DETROIT LIONS — ERIC EBRON, TE, North Carolina
The Lions seem hellbent on adding another big-time receiving option to help keep eyes off of Calvin Johnson. Detroit’s new offensive coordinator Joe Lombardi comes from New Orleans and is likely anxious to give Matthew Stafford a Jimmy Graham-type target. Like Graham, the 6-foot-4 Ebron is much more receiver than tight end, so expect him to line up all over the field while the re-signed Brandon Pettigrew handles in-line blocking duties. 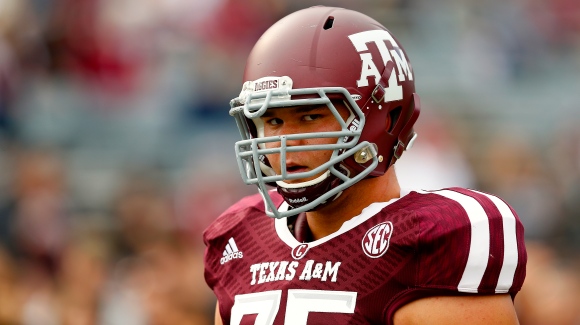 9.) BUFFALO BILLS — JAKE MATTHEWS, T, Texas A&M
Doug Marrone gambled on E.J. Manuel last year, and for that bet to payoff Buffalo needs to keep  it’s young signal caller healthy. After watching Manuel suffer through an injury-plagued rookie season, the Bills should be thrilled if the Draft’s most NFL-ready tackle falls into their laps. Matthews has All-Pro bloodlines and he might force Buffalo to move Cordy Glenn over to the right side immediately.

8.) MINNESOTA VIKINGS — BLAKE BORTLES, QB, Central Florida
Minnesota isn’t bringing in Bortles for a pre-Draft visit and they won’t be working him out privately either – the Vikings doth protest too much, methinks. Through this smokescreen it’s easy to see that the 6-foot-5, 232-pound Bortles is the type of quarterback Norv Turner would love to get his hands on. Like Manziel, expect Mike Zimmer to keep Bortles on the bench behind Matt Cassel until the playoffs become out of reach.

7.) TAMPA BAY BUCCANEERS — JOHNNY MANZIEL, QB, Texas A&M
Lovie Smith is really not a Mike Glennon guy. Josh McCown has already been anointed the starter which will allow Manziel to redshirt for a season. Under minimal pressure to win in his first year with Tampa Bay, Smith appears poised to completely remodel the Buccaneers roster before handing  the keys over to Johnny Football in 2015.

6.) ATLANTA FALCONS — GREG ROBINSON, T, Auburn
Atlanta general manager Thomas Dimitroff has let everyone know he’s ready to trade up but landing this mammoth mauler with the sixth selection would be a coup. Robinson will start immediately at right tackle and eventually replace Sam Baker on the blind side. Matt Ryan will be a happy man knowing he has the 6-foot-5, 332-pound brickhouse Robinson protecting him for the foreseeable future.

5.) OAKLAND RAIDERS — TAYLOR LEWAN, T, Michigan
Another year, another wasted top ten pick by the Raiders. The Oakland Tribune recently reported that the team somehow prefers Lewan over Greg Robinson and Jake Matthews. It’s ridiculous to select Lewan this early, so it makes perfect sense for the Raiders to do it.

4.) CLEVELAND BROWNS — MIKE EVANS, WR, Texans A&M
It’s been an ugly offseason for the Browns, and whiffing on a quarterback here could paralyze this already crippled franchise. Evans and Josh Gordon have the potential to quickly become the most intimidating receiving duo in the league, no matter who lines up under center. With Jordan Cameron and Ben Tate in the mix as well, Cleveland would suddenly have the AFC North’s most dangerous collection of offensive weaponry.

3.) JACKSONVILLE JAGUARS — KHALIL MACK, LB, Buffalo
Mack appears to be the perfect fit for Gus Bradley’s defense and the Jaguars coach has been effusive with his praise of the Buffalo product. Mack should make an immediate impact as a pass rusher for a Jacksonville team that tied for last with just 31 sacks last season. Despite coming from a small school, the 6-foot-3, 251-pound Mack is universally loved by scouts and there doesn’t seem to be much concern about him transitioning smoothly from the small Mid-American Conference to the NFL.

2.) ST. LOUIS RAMS — SAMMY WATKINS, WR, Clemson
Playing in football’s most daunting division means the offensively-challenged Rams must add fire power. Protecting Sam Bradford is a priority for sure, but a quality offensive lineman might be available when St. Louis picks again at 13; a player like Watkins won’t be. Even in this absurdly deep receiver class, Watkins is clearly the most polished pass catcher and his presence should allow Tavon Austin to blossom in his second season. 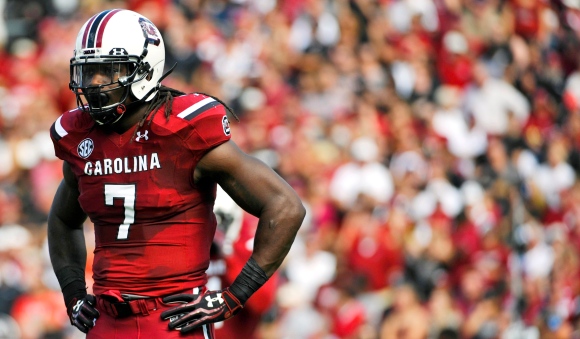 1.) HOUSTON TEXANS — JADEVEON CLOWNEY, DE, South Carolina
Houston could be dumb enough to trade this pick – and if they do, the Bill O’Brien era will be a short one. The Texans must realize that pairing Clowney with J.J. Watt is the best way to combat Andrew Luck for the next decade. However, if Romeo Crennell foolishly forces Clowney play outside linebacker and drop into coverage then there will be unnecessary rookie struggles.