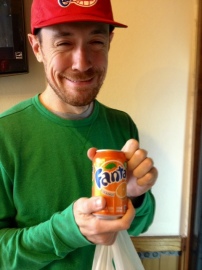 LOS ANGELES — It’s that time of the year, people: Fantasy Football Playoffs. I don’t know about you, but of all the league’s I’m in (that would be one, two, three, four, FIVE), there’s only one that I really care about and pay attention to 24/7: The Retired Orangemen Fantasy Football League.

This season is our 11th and it’s just as competitive as Season 1. It’s also been a wild one for the Colt .45 Hollywood Bandits. Started out hot, winning the first 3 weeks, then lost the next two, before climbing to 6-3. But a three-game losing streak had me wondering if the playoffs were a pipe dream. But a Week 13 win had me again in the tournament, which is where you want to be. The closest I’ve come to winning was a year ago. I fell to Drew Brees and his owner, Parker Deay, in the finals. A finals that seemed out of reach when I began the year 0-4, but nonetheless I reached after upsetting a pair of higher seeds in the first two rounds.

This season, I’m again the 7th seed and Parker, a two-time champion, is again No. 1, so I had to get him over to Trojan Manor to chat about the season and the upcoming ROFFL Playoffs, which begin this Thursday with the Broncos at Raiders on Thursday Night Football.